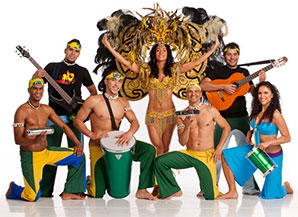 Aché Brasil is a touring performance group based in Vancouver, BC. Equal parts music, dance and acrobatics, they infuse the culture, traditions and music of Brazil in a spectacle of movement and color. They have preformed to enthusiastic audiences and critical acclaim all over North America and have received a nomination for "Live Performers of the Year" at the West Coast Music Awards.

Through music and dance, this high energy group educates and entertains audiences of all ages about Brazil’s cultural diversity. 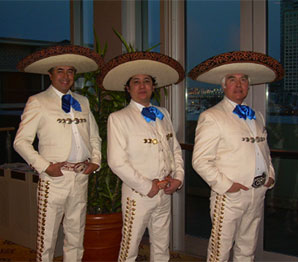 Mariachi Del Sol are Canada’s most outstanding Mexican Music Ensemble. Founded in 1992, the band was carefully assembled by leader Octavio Carrillo. They perform a blend of traditional and classical with great finesse and aplomb.

They have many different ensembles from 2 piece to 11 piece, performing traditional Mexican music, featuring Latin Guitars, Trumpet and other brass instrumentation, violins and of course vocals!

A great addition to any event right through the seasons. Great for weddings, corporate events, conventions, private parties, and summer parties.

If you are looking for a taste of Mexico, Mariachi Delo Sol are your perfect choice. 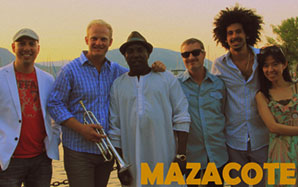 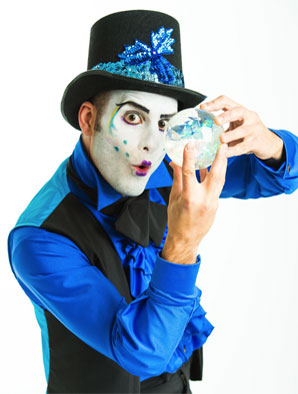 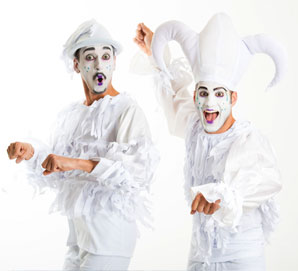 Mime is a performance art with a high degree of difficulty, and nobody does it better than our very own Neezar. Without the use of speech, Neezar acts out stories using body motions, skilful body manipulations and careful limb and trunk co-ordination. Neezar possesses an inherent ability to make connections through performance and his mime WILL captivate, impress and enthrall.

What is it that sets him apart from the rest? That's easy! It is a combination of his talent, his enthusiasm for his craft, and his pure, raw energy. His acting is so real that it's hard to believe that there is a human being under the make up! Neezar was quite literally "born to perform" and has been doing so since he was a small boy.

He has performed at many high profile events including the 2004 Olympics in Athens, and at our Winter Olympics in 2010.

His mime act is a perfect compliment to a Summer Picnic or Fair, or Pre Show Entertainment at a Conference Gala. He is certain to leave a lasting impression with guests. 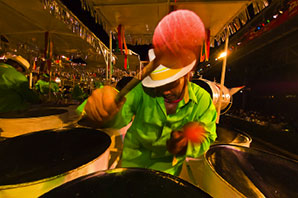 Phase III are the finest steel Drum Band on the West Coast. These well-travelled musicians opened for the Commonwealth Games in Victoria, have performed in a host of events and Festivals in Western Canada including BC Caribbean Days, Canada Day at Vancouver Place and Calgary's Carifest.

They are a fantastic addition to any event – a genuine taste of summer. A great combination of Caribbean Percussion, bass guitar and vocals, performing Calypso music. Even if it's raining you can't help feel that summer sunshine tropical vibe!! A perfect foil for summer parties, corporate events, or even company picnics.

PhaseIII are constantly in demand over the summer months and hence an early booking is advisable. 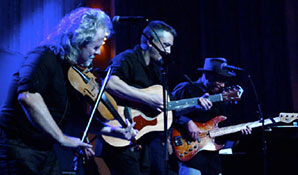 Tiller’s Folly is the preeminent Canadian based award winning Americana / Folk / Celtic group at the forefront of a bold new movement in acoustic roots music. For the past sixteen years, through 1,000's of performances stretching from the Pacific Northwest to the British Isles, they have spread their memorable blend of energy, history, musicality, romance and just plain fun from small and large halls to televison, radio, theatres and festivals.

Hailed by critics ("Tiller’s Folly is a national treasure". - Peter North, Edmonton Journal), their words and melodies are at once populist, minimally produced and poignant while at the same time singularly powerful and sincere.

With eight studio CD's to the bands credit, Tiller's award winning productions continue to expand and refine their potent mix of acoustic & electric based, Celtic influenced Canadiana, Americana, Newgrass 'and beyond'.

In 2008, Tiller's Folly introduced a multimedia component to their show including both modern and archival film footage and photography, adding sharp, captivating visual images and film designed to provide a whole new depth of understanding and enjoyment to an already impressive stage show. As a result, this is a show that the audience will carry with them long after the final note has played.

Fueled by their unfailing passion and enthusiasm for the music, Tiller's is continuingly experimenting with different phrasing, tones and textures.

The band received critical praise and world-wide recognition when in the summer of 2012 they earned the high honor of winning the 11th Annual Independent Music Awards Vox Pop Poll for their song "Death & Taxes" from their new album, "Go The Road". The song, penned by Tillers prolific lead singer/principal songwriter Bruce Coughlan, was named Top Song in the "Social Action" category. This award was voted on by more than 60,000 music fans from around the globe, marking a turning point for this fabulous band. 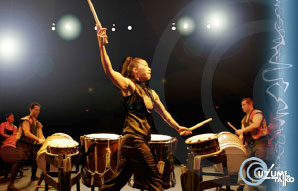 Uzume Taiko is West Coast Canada’s premiere professional taiko drumming group.  Performing both nationally and internationally since 1988, the group performs their unique West Coast Canadian taiko drumming style to different audiences, creating shows to perform at  festivals, concert halls, schools, corporate and VIP events. Uzume Taiko celebrates the rhythm of life itself with shows that wow audiences of all ages through a uniquely theatrical blend of  music and dance. The name Uzume Taiko is derived from taiko, the Japanese word for "big drum" and from the goddess of laughter, Ame No Uzume No Mikoto - the Heavenly Alarming Female who, according to legend, first began taiko drumming.

Internationally renowned, Uzume Taiko has performed throughout the United States, Belgium, the Netherlands, France, Germany, the United Kingdom, Ireland, the Channel Islands and Japan, with performances at the Japan America Theatre in Los Angeles, the Lemon Tree in Aberdeen, Scotland, the Bath Festival in the UK and the Chautauqua Festival in New York State.  The group has also toured extensively across Canada to Newfoundland’s Wreckhouse Jazz, Soundshift and Sound Symposium Festivals and around the Lower Mainland at venues including the Vancouver Playhouse, the Vogue Theatre and the Vancouver East Cultural Centre, as well as at the Vancouver Folk Music Festival and the International Jazz Festival.

Uzume Taiko are one of the most remarkable percussion ensembles in the world today. They possess an amazing combination of strength, creativity, precision and theatricality. They buzz passed each other arms and sticks whirling and peppering the drums that dominate the stage. Costume drama adds to an already powerfulo show. A show that will make your eyelids tremor and your diaphragm tighten! This is music you feel and as one motivated patron once put it – I felt it right down to my colon!!